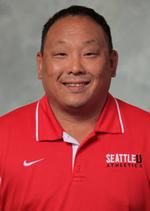 In 2020, Geoff Hirai begins his fifth season as the head coach of the Seattle U softball program. He took SU to its first-ever Division I NCAA Tournament in 2019, as the Redhawks claimed their first-ever WAC regular-season and WAC Tournament crowns. A member of the coaching staff at three major conference schools, Hirai was named head softball coach of the Redhawks prior to the 2016 season.

Seattle U had its best season in program history in 2019, accomplishing many firsts. It won its first-ever WAC regular-season title, first-ever WAC Tournament Championship and won its first Division I NCAA Tournament game. SU set a school record with 40 wins, including its first win over a nationally ranked opponent. In 2019, Seattle U won 40 games, including wins over three NCAA Tournament qualifiers. SU rolled through WAC play, going 15-3 and winning all six series, including three sweeps. It then went 3-0 at the WAC Tournament, winning on a pair of Carley Nance walk-off hits and then a Nance complete-game win in the finals. The Redhawks claimed a 1-0 eight-inning win over Fordham in the NCAA Tournament, falling to Mississippi State twice to close the season at Washington.

The 2018 campaign was a historic one for SU. Hirai took the Redhawks to the brink of their first-ever WAC regular-season title as Seattle U won 33 games, setting a Division I-program record. Madison Cathcart became the first player in program history to be named all-region, as the first baseman earned NFCA All-Region First Team recognition following a fantastic season. Cathcart set eight individual school records, led the WAC in six statistical categories and ranked in the top 12 nationally in six categories.

In 2017, Hirai got Seattle U within three outs of the program's first WAC Championship. The Redhawks defeated Utah Valley and host New Mexico State to advance to the title game, as Andie Larkins' tremendous pitching efforts led the way. SU and NM State squared off in an epic conference championship, with both teams rallying from multi-run deficits. Home runs by Maddy Kristjanson and Kayla Gonzales gave the Redhawks the lead, but the Aggies escaped with a 15-14 win and then claimed the victory in the winner-take-all contest that followed.

Hirai took Seattle U to 20 wins on the year, including the first perfect game of the season in Division I and a 12-inning victory in the longest game in program history. Alyssa Reuble tossed a perfect game against South Dakota on March 10. She retired all 15 batters in an 8-0 win at the University of Washington. Reuble then pitched all 12 innings in a 7-2 win at Grand Canyon on March 31. She threw 157 pitches, earning a strikeout to end the game in the Redhawks' favor.

During the 2016 season, Hirai led the team to two wins in the WAC Tournament for the first time since SU entered the league. Hirai also coached the softball program to surpass the number of wins recorded in the 2014-15 season.

Hirai comes to Seattle U after four years with the Oregon State softball program, including the past three seasons as the associate head coach. Working mainly with the team’s hitters, he was instrumental in building Oregon State’s offense into one of the best in school history and most consistent in the nation.

This past season, the Beavers combined for a .298 batting average, the best in school history. Oregon State also scored 300 runs, one shy of a school record, en route to a 26-26 season. The year was highlighted by road wins over No. 16 Arizona State, No. 20 Washington and California, and seven Beavers earned Pac-12 honors for their work during the 2015 season.

Hirai helped Oregon State to back-to-back 30-win seasons and berths into the NCAA Tournament in 2012 and 2013. Thanks to Hirai’s coaching, the Beavers set numerous offensive records over the past four seasons.

Hirai spent three seasons as an assistant coach at the University of Virginia, serving as the team’s hitting coach while also aiding in the program’s recruiting efforts.  During his time in Charlottesville, Virginia compiled an 83-75 record and advanced to the NCAA Tournament in 2010.

This will not be Hirai’s first coaching job within the city of Seattle, as he spent three seasons as an assistant coach at the University of Washington, with the Huskies advancing to the NCAA Tournament every year, including a berth in the 2007 Women’s College World Series. He helped four players collect five All-America honors, including two-time honoree Ashley Charters and Danielle Lawrie.

Before coaching at Washington, Hirai worked as owner, instructor and coach at the All-Star Dugout in Irvine, Calif.  He also coached an 18-under travel team for four seasons, providing instruction to aspiring collegiate and professional baseball players. Hirai was a scout with Cincinnati Reds from 2001-03 where he was responsible for evaluating players for the Major League Baseball draft.

Hirai was a four-year baseball letterwinner at Hawai’i-Hilo, graduating with a Bachelor of Arts degree in history in 1998 and served as the team’s assistant coach for three seasons while working to obtain his teaching certificate in secondary education.

Hirai and his wife, Tracy, have a son, Gavin, and a daughter, Jordyn.

Nies oversaw the best pitching staff in the WAC as the Redhawks went on a historic run in 2019. SU won its first-ever WAC regular-season and WAC Tournament titles on its way to its first Division I NCAA Tournament appearance. Carley Nance, Andie Larkins, and Shianne Smith all put together terrific campaigns in the circle to help Seattle U win a school-record 40 games. Nance earned NFCA All-Region Second Team, All-WAC First Team, WAC Tournament MVP, and Seattle U Female Athlete of the Year honors after leading the WAC in ERA. Larkins wrapped her stellar career with an All-WAC Second Team selection, going 5-0 in conference play and then throwing an eight-inning shutout of Fordham to earn the victory in SU's first-ever Division I NCAA Tournament win. Smith broke her own school record for strikeouts per seven innings (7.3) and ranked second in the WAC with a .211 opponent batting average. The trio was the only staff in Division I to win at least five conference games apiece.

In 2018, Nies worked with the top pitching staff in the WAC. Andie Larkins, Carley Nance, and Shianne Smith ranked 1-2-3 in the WAC in ERA, while the Redhawks paced the conference in wins (33), ERA (2.98), and strikeouts (288). Larkins was chosen All-WAC First Team and Nance was All-WAC Second Team. Smith set school records in opponent batting average (.210) and strikeouts per seven (6.55). Nance struck out 123 batters, the most in program history.

“Caitlin will be a great role model for our young athletes," said Head Coach Geoff Hirai. "She is loyal, hard-working, and most of all, has a lot of experience help building programs to being winners.“

Nies, formerly Caitlin Noble during her playing career as a Husky, pitched at the University of Washington from 2005-2008. She finished her career anked fourth all-time in strikeouts in program history and was a member of the 2007 team which placed third at the Women’s College World Series.

Nies went on to serve as the pitching coach at Northwestern State University from 2009-2012. In 2010, the Demons had biggest improvement in the NCAA, going from five wins in 2009 to 27 wins in 2010. In 2011, the pitching staff led the Southland Conference in team ERA of 2.11 and pitcher Kelee Grimes was recognized as an All-Conference first team pitcher with a 1.51 ERA.

Most recently, Nies returned to Washington, serving as the head coach at Glacier Peak High School from 2013-2016. In 2014, her team won the Wesco 3A District Tournament and earned the first berth to the State Tournament in school history, finishing 5th place. Nies was voted the 2014 Wesco 3A/4A coach of the year and the 2016 team also finished 5th place in the State Tournament. 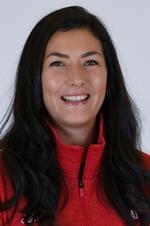 Alana Aweau joined the Seattle U softball coaching staff in the summer of 2019.

Aweau spent the 2019 season as a Director of Operations for Loyola Marymount University in Los Angeles, California. She previously spent time at Division II Academy of Art University, where she was an assistant coach from 2014-2018, with responsibilities that included hitting, outfield, and academics. She coached 18 All-PacWest honorees, including 1 All-American and 2 All-West Region players. In 2018, the Urban Knights reached their first NCAA Regional and broke the program wins record with a 40-18 season. The offense set the program’s highest batting average (.315) in 2017 and in 2018, set single-season records in runs (266), hits (457), doubles (86), runs batted in (240) and walks (163).

Prior to that, she coached one year at Dominican University in San Rafael, CA. The 2014 season is still the program’s winningest season in the NCAA Division II era. Aweau also coached at University High School in San Francisco as an assistant coach.

Aweau played collegiately at San Jose State University and later transferred after her freshman year to play for Academy of Art University’s first three seasons, spanning 2009-2011. In her career, she hit .350, scored 75 runs, tallied 91 runs batted in, and finished her career as the program's career home run record-holder (21).

She received her BFA in Advertising in 2012 from Academy of Art University and earned her Masters in Positive Psychology from the University of Missouri in May 2018.